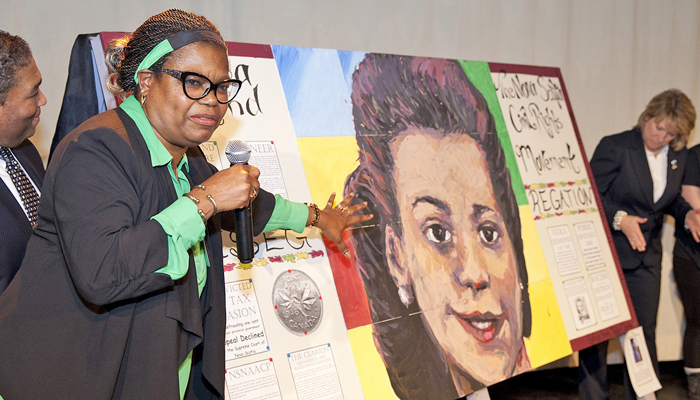 Past and Future Honourees

2017   Mi’kmaq Heritage
As part of the celebration of Canada’s 150th birthday, we will recognize the Mi’kmaq culture and the many accomplishments of the Mi’kmaq people.

2019   Maud Lewis
A world famous folk artist, Maud Lewis painted scenes that evoke feelings of innocence and child-like exuberance that is as enduring as the spring times she loved to paint.

2020   Africville
As 2020 will mark the 10th anniversary of the Africville apology, we will honour this National Historic Site, which holds great significance to the African Nova Scotian community.

Elder Rita (Bernard) Joe, a member of the We’koqma’q Mi’kmaq Community and published author, was instrumental in paving the way for other Mi’kmaq authors.

To learn more about the process used to determine future Nova Scotia Heritage Day honourees, visit the History of Heritage Day section of this website.